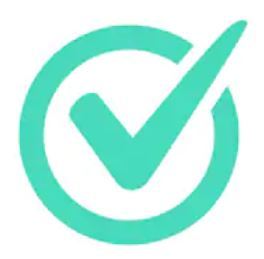 Posted on 26th November 2017 at 12:05
The Autumn Budget published on 22 November 2017 is the second budget this year. The Finance bill 2017-18 will be published on 1 December 2017.
In this briefing, we highlight some of the key areas of interest:
IR35 Reform
In April 2017, the government introduced significant changes to the tax treatment of personal service companies engaged by the public sector. These changes transferred the responsibility for determining a contractor’s employment status from the contractor to the client, along with the liability of paying the relevant income tax and national insurance to HMRC.
In the Autumn Budget, the Chancellor acknowledged a possible next step would be to extend these reforms to the private sector but it will be subject to a consultation that is planned to take place, drawing on the experience of the public sector reforms, and external research already commissioned by the government that is due to be published in early 2018. This suggests that any reform could take a couple of years at least before extending to the private sector.
Personal Taxes
For the tax year 2018/19 the personal allowance will increase from £11,500 to £11,850.
From 2018/19 tax year the basic rate band will increase to £34,500 meaning that when added to the £11,850 personal allowance, individuals will pay higher rate tax once their income exceeds £46,350.
The tax-free dividend allowance will be reduced from £5,000 to £2,000 from 6 April 2018. No changes were announced to the current dividend tax rates 7.5% basic rate, 32.5% higher rate and 38.1% additional rate.
Employers and Employees
National Insurance rates and threshold have been set for 2018/19. The lower earnings limit (LEL) for Class 1 National Insurance will increase to £116 per week (if you earn at this rate, you don’t pay Class 1 NICs but you will be automatically credited the week qualifying for state pension and certain benefits). The primary and secondary thresholds are set to increase to £162 per week from 6 April 2018, meaning that both employers and employees will start paying National Insurance on earnings above £8,424.
The main primary employee’s rate of Class 1 remains at 12%, the additional rate is set at 2% and the secondary employer’s rate at 13.8%. Class 1A and Class 1B NIC are also unchanged at 13.8%. The Employment Allowance remains at £3,000.
Self-Employed
The abolition of Class 2 and the reform of Class 4 to allow self-employed to gain entitlement to the state pension benefits are delayed until April 2019.
Therefore, for 2018/19 self-employed earners will pay Class 2 NICs at £2.95 per week on profits in excess of £6,205. They will also pay Class 4 contributions at 9% on profits between £8,424 and £46,350, and at 2% on profits in excess of £46,350.
VAT registration threshold
The government announced that will keep the VAT registration threshold at £85,000 and de-registration at £83,000 for a period of two years. The two year period ends on 31 March 2020.
From 1 April 2019 all businesses with turnover above the VAT threshold will have to keep digital records.
R&D
As announced at Autumn Budget 2017, the government will legislate in ‘Finance Bill 2017-18’ to increase the rate of the R&D expenditure credit from 11% to 12%, in order to support business investment in R&D. This change will have effect on and after 1 January 2018.
Non-Resident Gains on UK immovable property
The government has opened a consultation proposing a single regime for disposals of interests in any immovable property extending the tax to apply on the disposal of UK commercial property (previously only the disposal of residential property was subject to tax). This change will take effect in respect of gains made on disposals after 5 April 2019 for individuals and from 1 April 2019 for companies. The consultation closes on 16th February 2018.
Property Taxes
Stamp Duty Land Tax (SDLT) will be reduced to 0% for first time buyers on the first £300,000 of the purchase price with effect from 22 November 2017. 5% SDLT will be due on the excess over £300,000. No relief will be available where the total consideration is more than £500,000.
Chargeable gains indexation allowance is to be frozen from 1 January 2018. When a company makes a capital gain on or after 1 January 2018, the indexation allowance that is applied in order to determine the amount of the chargeable gain will be calculated up to December 2017.
The Capital Gains Tax annual exemption will increase by £400 to £11,700 for 2018/19.
Partnership Taxation
New rules for the allocation of partnership profits and losses will have effect for accounting periods and periods of account starting after the date of Royal Assent to the Finance Bill 2017.
Partnership profits for tax purposes must be allocated between partners in the same ratio as the commercial profits. This is intended to prevent allocating disallowable expenses to a member with the lowest tax rate.
For further information, call us on 0118 4492321 or email [email protected]
Tagged as: Autumn Budget 2017 - Summary and Key Points
Share this post: